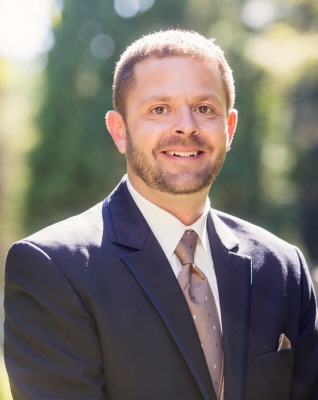 Jamey Matthew Denno, passed away on May 20, 2021 at 45 years old, following a courageous battle with cancer. Throughout his illness, Jamey remained incredibly brave with a strong and positive outlook. He was determined to continue living his life as normal as possible with his family.

Jamey was born on June 1, 1975 in Saginaw, MI to parents Terry Denno and Susan Case. Jamey graduated from Heritage High School in 1993. He attended Western Michigan University and later received his Bachelor of Business Administration from Phoenix University. He was a member of the Theta Chi fraternity while attending Western. He worked for Victor International Corporation in Bloomfield Hills and the British Virgin Islands and most recently with Display Group in Detroit. He also worked in the family business at Denno's Furniture in Saginaw.

Jamey was a lot of things to a lot of people. He was an independent thinker, a leader, a trusted friend and colleague, a golfing buddy, a cherished son and brother. Most important to Jamey was his role as husband and father. He loved and was devoted to his wife Kristin and children, Stella and Bode. Jamey was an avid skier, fly fisherman and pilot, loved to cook, go boating and spend time at the family cottages in Lovells and Lake Ogemaw. Jamey also enjoyed traveling, visiting many amazing places with Kristin including Paris, Barcelona and Rome as well as Tennessee, Colorado and Florida for family vacations.

A celebration of Jamey's life will be held at 1:00 p.m. on Thursday, May 27, 2021 in Milford Memorial Cemetery, 1410 Wixom Trail, Milford, MI 48381. The service will take place outside on grass. Friends may visit with the family at the cemetery on Thursday from 11:00 a.m. until time of the service. Pastor Wayne Kurtycz will officiate the service, with interment to follow. In lieu of flowers, memorial contributions may be given to the Rogel Cancer Center Esophageal Cancer Program at the University of Michigan. Checks may be made to "University of Michigan" and sent to the Michigan Medicine Office of Development, 1000 Oakbrook Dr., Ste. 100, Ann Arbor, MI 48104. You may also call 734-764-6777 or visit the website victors.us/jameydenno to make your gift. Arrangements were entrusted to W.L. Case and Company Funeral Directors, Saginaw, MI, 989-793-9700. Please visit www.casefuneralhome.com to view the online obituary, sign the guest book or leave messages for the family. Local arrangements are being assisted by Lynch and Sons Funeral Directors , 404 E Liberty St, Milford, MI 48381. Any flower gifts should be sent to Lynch and Sons for delivery to the family.

To order memorial trees or send flowers to the family in memory of Jamey Matthew Denno, please visit our flower store.
Send a Sympathy Card