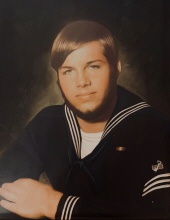 Beloved father, grandfather, great-grandfather, fiancé, brother, uncle, and friend passed away peacefully on Tuesday, February 15, 2022, at Covenant HealthCare - Cooper. He was 68 years old. William Frederick Blake was born on June 10, 1953, in Saginaw, Michigan, to the late Robert Austin and Betty Jane (Simon) Blake. He was a proud graduate of Douglas MacArthur High School. Following graduation, Bill honorably served his country by enlisting in the United States Navy, receiving many awards, ribbons, and commendations, serving during the Vietnam War and a total of 12 years before his honorable discharge. He met the love of his life, his neighbor, Deborah Cruz, on his birthday in 2010. They dated, fell in love, and became engaged to be married. Bill worked for General Motors as a Fork Truck Driver for over 20 years until his retirement in 1994. He enjoyed bowling and watching the older cartoons, especially the Looney Toons. A man of few words, Bill found peace and tranquility in life smoking his cannabis. Above all, he loved and cherished the time he spent with his fiancé, children, grandchildren, and great-grandchildren. Bill will forever be remembered for having a genuine heart of gold, his excellent sense of humor, and for his creative imagination and ability to write profound poetry.

He was preceded in death by a brother, Gary Blake; parents; and grandparents.

A funeral service will take place at 2:00 p.m. on Monday, February 21, 2022, at the W. L. Case & Company Funeral Chapel, 4480 Mackinaw Road. Rev. Ted McCulloch will officiate. Burial will follow at Roselawn Memorial Gardens. Friends are welcome to visit with the family at the funeral chapel on Monday from 1:00 p.m. until the time of the service.
To order memorial trees or send flowers to the family in memory of William "Bill" Frederick Blake, please visit our flower store.