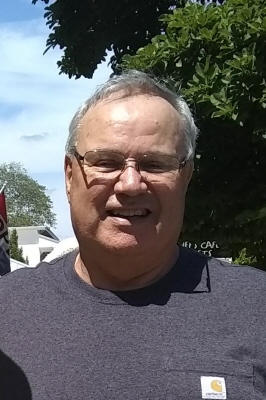 Beloved husband, father, grandfather, brother, uncle, and friend passed away peacefully with his family by his side on Sunday, December 5, 2021, at Covenant HealthCare - Cooper. He was 71 years old. William Eugene Morey was born on March 18, 1950, in Saginaw, Michigan, to the late Charles and Virginia (Brown) Morey. He was a proud 1969 graduate of Saginaw High School. He met the love of his life, Sally Harrington, while working as a stocker at Scotts 5 & 10 in the Fort Saginaw Mall. They dated, fell in love, and were united in marriage on August 2, 1969, at Holy Family Catholic Church in Saginaw; she survives him. Bill worked for General Motors, retiring after 30 years of service. He later worked as a truck driver for Agra Alliance for 10 years. Bill was an avid outdoorsman and enjoyed hunting and fishing. He also loved reminiscing with his lifelong buddies. Above all, Bill treasured and cherished his family. He will forever be remembered for his innate ability to communicate with all people, for his giving and charitable contributions to those less fortunate, and for the love he had for his family and friends.

Honoring Bill's wishes cremation has taken place. A Memorial Service will take place at 1:00 p.m. on Friday, March 18, 2022, at Saint Charles United Methodist Church, 301 W. Belle Avenue, Saint Charles. Those planning an expression of sympathy may wish to consider memorials to the Morey Family c/o Sally Morey. Please share your thoughts and memories with the family through www.casefuneralhome.com.
To order memorial trees or send flowers to the family in memory of William E. Morey, please visit our flower store.
Send a Sympathy Card