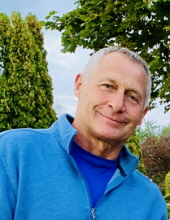 Thomas Mark Manzoni
Hemlock, Michigan
Went to be with the Lord, Saturday, July 3, 2021, in Grand Rapids, Michigan. Age 63 years.
The son of the late Elizabeth Gene (Fuller) and Alexander J. Manzoni was born December 15, 1957 in Saginaw, Michigan. He was self-employed in the Auto Industry. Thomas was active in Hemlock area sport,
particularly basketball and involved in the youth leagues. He enjoyed hunting, but most of all spending time with his family, especially his grandchildren.
Surviving are two daughter and a son, Lisa Manzoni and her Fiancé, Jacob Powell; Tommy Manzoni; Jordan Manzoni; five grandchildren, Jackson and Alexander Powell; Mya Powell; Collette and Connelly Faccio; his brother and sisters, Mary Ann Ling and her husband, Tom; Terry Wurtzel and her husband, Don; Betty Manzoni; Mike
Manzoni; many nieces and nephews.
Cremation has taken place. A memorial service will be held at 11:00 a.m. Friday, July 9, 2021, at the W. L. and Co. Funeral Chapel, 201 N. Miller Rd. Rev. John Opalewski will officiate. Friends may call at the Chapel
From 5:00-8:00 p.m. Thursday. Those planning an expression of sympathy may wish to consider the Hemlock Sports Boosters or the Alzheimer’s Association. www.casefuneralhome.com
To order memorial trees or send flowers to the family in memory of Thomas Mark Manzoni, please visit our flower store.
Send a Sympathy Card