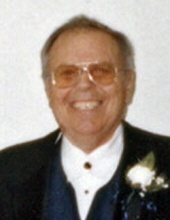 Our beloved, Father, Grandfather & Great Grandfather peacefully passed away Saturday, January 1, 2022 with family at his side. Ron was born March 23, 1933, he was 88 years old. He was the son of the late Norman and Caroline Wachner. He attended the Saginaw Trade School and graduated in 1948. He married Elizabeth A. Cavenaugh on March 21, 1953. They were together for 68 years and she preceded him in death on July 22, 2021. They raised three children together. Ron enjoyed working outside keeping his lawn, flowers and home well maintained. He was the Shipping and Receiving Supervisor for the Bridgeport School District until his retirement in 1991. Ron & Elizabeth were members of St. Francis de Sales Parish of Bridgeport. Ron coached men’s slow pitch softball in Bridgeport and filled in playing when needed. He enjoyed coaching his two sons, loved the sport and formed many lasting friendships. Ron found great joy in his lifetime hobby of raising exotic birds of all kinds. He established The King Road Game Farm in Bridgeport and built an outstanding reputation for his knowledge and talent for the variety and quality of birds he raised.

The Wachner family would like to thank the staff at Grace Hospice of Bay City and Safe Hands/ Warm Hearts at Wescourt in Saginaw, for the comfort and care they providedfor Ron during his time of need.

Funeral service will take place 1:00 p.m. Friday January 7, 2022 at the W.L. Case and Company Funeral Chapel 5700 Dixie Hwy. Rev. John Mancini O.S.F.S. will officiate with burial to follow in St. Andrew Cemetery. Friends may call at the chapel from 11:00 a.m. until the time of service.

In lieu of flowers anyone wishing to express their sympathy and support may wish to Consider St. Francis de Sales Parish or The Parkinson's Disease Foundation.

To order memorial trees or send flowers to the family in memory of Ronald N. Wachner Sr., please visit our flower store.