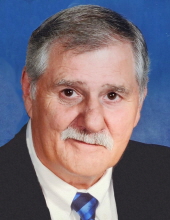 Beloved father, grandfather, great-grandfather, brother, cousin, and friend passed away suddenly with his daughter, Connie, by his side on Saturday, August 7, 2021, at Covenant HealthCare – Cooper. He was 74 years old. Ronald L. Saumier was born on December 9, 1946, in Saginaw, Michigan, to the late Louis Joseph and Geraldine (Henning) Saumier. He grew up and was raised in Zilwaukee where he attended Zilwaukee Public School. Ron honorably served his country by enlisting in the United States Army fighting on the frontlines during the Vietnam War for two years. Upon his return, He began working as a wrecker driver with Kreager Wrecker Service. Ron later worked for General Motors – Grey Iron as a forklift driver retiring with over 30 years of service. He married the love of his life, Mary Ellen Kreager on September 26, 1970; she preceded him in death on January 9, 2020. Ron was a lifetime member of St. John Paul II Parish, St. John the Baptist Catholic Church. He enjoyed taking trips to the casino, especially playing the slots in Las Vegas and Mt. Pleasant with his beloved wife Mary. Whatever she wanted to do, Ron gladly did with and for her. They enjoyed wintering together in Florida and Arizona, often spending time with family and friends and even taking a cruise with Princess Cruises. Ron had a meticulous eye for details and took great pleasure in keeping his yard immaculate. Together, he and Mary even created a vegetable garden and a beautiful flower garden. He took great pride in working, his hard work ethic, and often working tirelessly and volunteering for many overtime shifts. What he truly enjoyed was relaxing in his favorite lazy boy watching his favorite television programs: MASH, Fox News, all John Wayne Movies, and Football. He found peace and tranquility in taking drives with his wife, especially watching the boats pass by at the Zilwaukee boat launch. Above all, Ron treasured and cherished his grandchildren “the lights of his life” and fondly created beautiful memories for each of them by attending many of their school, sporting events, and was actively present throughout all their lives. He leaves behind a special daughter who cared for him with love and compassion after losing his wife just over a year ago. Several days before he passed countless hours were spent with his daughter, Connie, grandsons, Jeremy and Zachary, and granddaughter, Faith, talking, watching football, playing cards, as well as laughing and joking and reminiscing. He also enjoyed his visits from his sister, Darlene, and niece, Candy.

A Funeral Liturgy will take place at 11:00 a.m. on Tuesday, August 17, 2021, at St. John Paul II Parish, St. Josaphat Catholic Church, 469 Shattuck Road. Rev. Fr. William Rutkowski will officiate. Rite of Committal and Military Honors will follow at St. Andrew Cemetery under the auspices of the United States Army. Friends are welcome to visit with the family at the W. L. Case & Company Funeral Chapel, 4480 Mackinaw Road on Monday from 1:00 p.m. to 4:00 p.m. and 6:00 p.m. to 8:00 p.m. Ronald will lie in state at the church on Tuesday from 10:00 a.m. until the time of the service. Those planning an expression of sympathy may wish to consider memorials to the family c/o Connie Barst or the Vietnam Veterans of America. Please share your thoughts and memories with the family at the funeral home, church, or through www.casefuneralhome.com.

To order memorial trees or send flowers to the family in memory of Ronald “Ron” L. Saumier, please visit our flower store.
Send a Sympathy Card