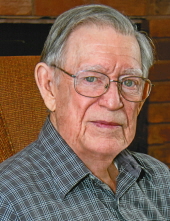 Lemmer, Robert (Bob) Edward
Saginaw, Michigan
A life-long resident of Saginaw, Michigan passed away peacefully in his sleep in his hometown, Sunday, November 14, 2021. Age 95 years.
The son of the late Benjamin and Caroline Lemmer was born July 26, 1926 in Saginaw. Robert and his wife, Marie, resided in Saginaw, Michigan and retired to Traverse City, Michigan with winters spent in Bradenton, Florida and Phoenix Arizona. Robert is survived by his wife, Marie A. Lemmer whom he married, October 8, 1960, in Traverse City, Michigan. He also leaves a son, Richard Lemmer, Beaverton, MI; granddaughters, Megan and Michelle; his son Scott Lemmer, Hope, MI; granddaughter, Kayla; his daughter, Diane (Denis) Conroy, Portarlington, Ireland, grandchildren Aodhan and Niamh; his great grandchildren, Maison and Kayden; his sister, JoAnn Brechtelsbauer; a sister-in-law, Jean Lemmer; a brother-in-law, John F. Doyle; several nieces and nephews.
Robert was the Valedictorian of the 1944 graduating class at Arthur Hill High School. He then served in the U.S. Navy as an Aviation Electronics Technician’s Mate 2/c and was assigned to the heavy cruiser, the USS Fall River near the conclusion of WWII. Following his discharge in 1946, he studied at the University of Michigan and graduated second in his chemical engineering class with a Bachelor of Science degree in 1950. His honor societies included Tau Beta Phi, Phi Kappa Phi and Phi Lambda Upsilon. Robert received his master’s in mathematics from the University of Michigan in 1951. Robert spent a year working for the Laboratory Division of the FBI in Washington, D.C. He then spent the rest of his working career at Dow Chemical Company, Midland, MI where he as a highly regarded employee and the recipient of many patents, cash awards and stock options. Robert’s grandchildren were amazed to hear he was an integral member on the research team that developed Saran Wrap. At the time of his retirement in 1989, Robert was the Planning Manager for Research Services at Dow USA Research and Development. Robert was a member of Countryside Presbyterian Church, Saginaw, MI. and the Presbyterian Church of Traverse City, MI. Being an elder was only one of the many positions he held in the church. Robert was also an avid member of the Elks Lodge #323, Traverse City, MI and a 50 + year member of the American Chemical Society. In retirement, Robert served as an AARP Volunteer Tax Aid. Throughout his life, Robert enjoyed bowling, golf, reading, Bridge and traveling. All who knew Robert will remember his keen sense of humor.
Cremation has taken place. A Memorial Service will take place at a later date. In lieu of flowers, those planning an expression of sympathy may wish to consider Countryside Trinity Church, 4690 Weiss, Saginaw, MI 48603 or Alzheimer’s Association, 225 N. Michigan Ave. FL17, Chicago, Illinois. 60601.
To order memorial trees or send flowers to the family in memory of Robert "Bob" Edward Lemmer, please visit our flower store.
Send a Sympathy Card