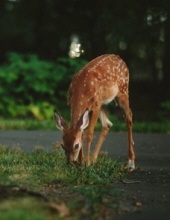 Beloved husband and father passed away on Sunday, March 28, 2021, at his home, with his family at his side; at the age of 77 years.

The son of the late Lloyd Cook and Clara Markle, Robert was born on March 20, 1944, in St. Johns, Michigan. He graduated from Elsie High School with the class of 1962. He then continued his education at Michigan Technological University, then graduated from Saginaw Valley State University with a degree in engineering and technology. Robert married Gail H. Niederquell on May 4, 1968; she survives him. He worked for many years of loyal and dedicated service at Dow Corning until he retired in 2000. Robert was a member of the Saginaw Field and Stream Gun Club and St. Matthew Church, Freeland. He was an avid archer and hunter; Robert enjoyed going on several hunting trips. Above all, Robert cherished the time spent with his family.