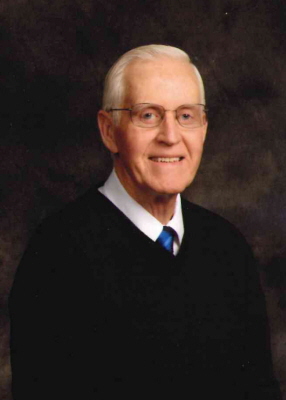 Richard F. Towne, 82, of Saginaw Township passed away on Thursday, January 27, 2022, under hospice care at New Hope Valley in Saginaw. Richard was born on May 28, 1939, to the late Gordon E. Towne and Maxine L. (McVeigh) Towne. He was united in marriage to Marlene J. Martin on September 23, 1961, at Bethel Lutheran Church in Bay City; she preceded him in death on May 11, 2014. Richard grew up in Muskegon, Michigan, and spent summers in Ionia with his grandparents. He and his family moved to Saginaw when he was in junior high. Richard graduated from Arthur Hill High School, attended Bay City Junior College for 1 ½ years before entering the Navy in 1959, serving on the USS Ely patrolling the Great Lakes. He worked at Draper Chevrolet and later retired from Saginaw Steering Gear after 24 years of service.

Richard's children cherished the wonderful memories of their outdoor adventures while camping, hunting, but especially trout fishing in his homemade fiberglass canoe. Many family bike rides around the subdivision ultimately would end with "lets race home!" Dad was unbeatable on his old standard 2-wheeler, against the kids on their 10 speed bikes. He enjoyed working in "Grandpa's Workshop" creating beautiful wood creations for his family. In the summer, his square foot garden was his joy with tremendous yields! Richard and Marlene enjoyed attending and photographing many events of their children and grandchildren.

Richard's strong faith in God which he and Marlene instilled in their family was a comfort to him, his family and friends at the end of his earthly life giving us the blessed assurance that the Father will call us to our heavenly home as he has called him.

A funeral service will take place at 3:00 p.m. on Sunday, February 6, 2022, at Bethany Evangelical Lutheran Church, 5051 McCarty Road. Pastor Mike Nitz will officiate. Burial and Military Honors will follow at Floral Gardens Cemetery in Bay City under the auspices of the United States Navy. Friends are welcome to visit with the family at the church on Sunday from 2:00 p.m. until the time of the service at 3:00 p.m. In lieu of flowers, those planning an expression of sympathy may wish to consider memorials to Bethany Evangelical Lutheran Church, St. Paul Evangelical Lutheran Church, or Careline Hospice. Please share your thoughts and memories with the family at the funeral home, church, or through www.casefuneralhome.com.

To order memorial trees or send flowers to the family in memory of Richard Ford Towne, please visit our flower store.
Send a Sympathy Card