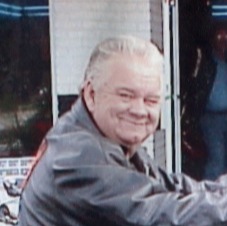 Patrick Michael Kenny, 81, of Saginaw, passed away suddenly on October 30, 2022. Patrick came into this world with a zest for life on August 10, 1941. He was known for driving his parents, Hazen and Mary (McKenna) Kenny, up the wall, especially when the police brought him home at the ripe old age of 9 for driving his parent’s car.

Patrick was a serial entrepreneur, launching Pat & Mike’s Bar and The Barnstormer Restaurant in Saginaw, as well as owning a popular pizza store in south Florida. He was dedicated and enthusiastic in each of the fields that he worked. He excelled at auto sales and was successful in outdoor advertising sales and trucking management, as well as being a construction superintendent and an oil field promoter and manager. Patrick was able to operate seemingly any equipment - no matter how complex - including helicopters, boats, construction equipment, 18 wheelers, and airplanes – including, at one point taking his one-time father-in-law up in an airplane and saying something to the effect of “there may not be enough fuel to land this plane”. Said father-in-law never flew with him again.

In his youth, he very much enjoyed his 409 Chevrolets and motorcycles. He continued to ride motorcycles for most of his life, and thoroughly enjoyed riding with his many friends. As a snowbird and an airplane fanatic, he fixed up a “candominium” in Sarasota, Florida, that was directly on the path to Sarasota airport. He greatly enjoyed sitting in the evenings and identifying every plane that flew over his home. Patrick also enjoyed gardening, especially his tomatoes. Pat was a proud Irishman who loved to celebrate his heritage. He loved to travel, visiting his family roots in Ireland many times, plus places like Australia, China, Germany, Malaysia, Singapore, Thailand and the UK.

Per his wishes, the family intends to have a “Celebration of Life” for Patrick starting at 4:00 pm on December 3, 2022, at Red Horse Bar on State Street in Saginaw, Michigan. All are welcome.

To order memorial trees or send flowers to the family in memory of Patrick Michael Kenny, please visit our flower store.