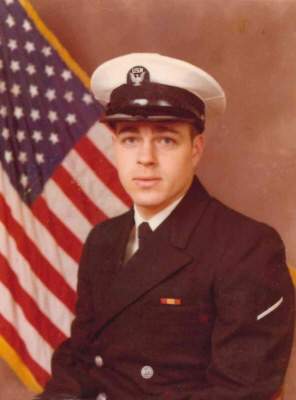 Beloved father, grandfather, great-grandfather, and brother passed away unexpectedly at his home on Sunday, August 1, 2021. He was 69 years old. Michael Leo Feith was born on December 7, 1951, in Alma, Michigan to the late William Leo and Alta Jean (Nelson) Feith. He was a 1970 graduate of Hemlock High School. Following graduation, Mike proudly enlisted in the United States Navy where he honorably served as a radio operator upon the USS Gold Benjamin Franklin SSBN 640 submarine. Mike owned and operated Mike Feith Trucking where he transported fertilizer and grain throughout the state. He enjoyed golfing with his father, boating, meticulously care for his yard, and attending his grandchildren's sporting events. Mike also treasured and cherished the time he spent going for walks with his best friend, his dog, Mikey. He was also an avid University of Michigan sports fan. Mike will forever be remembered for his selflessness to others, his ability to do things perfectly and in detail, and for his happy, energetic, ambitious, and beautiful soul.

A Funeral Service will take place at 1:00 p.m. on Friday, August 6, 2021, at the W. L. Case & Company Funeral Chapel, 125 E. Saginaw Road, Merrill. Rev. Fr. Michael Steltenkamp will officiate. Military Honors will follow under the auspices of the United States Navy and VFW Post #7302. Friends are welcome to visit with the family at the funeral chapel on Friday from 12:00 p.m. until the time of the service. Honoring Mike's wishes cremation will follow with burial at Sacred Heart Cemetery in Merrill. Please share your thoughts and memories with the family at the funeral home or through www.casefuneralhome.com.
To order memorial trees or send flowers to the family in memory of Michael Leo Feith, please visit our flower store.