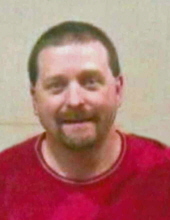 Michael John Hervert
Birch Run, Michigan
Passed away Sunday, December 19, 2021, at St. Mary’s Hospital. Age 52 years.
The son of Joseph J. and the late Shirley Ann (Woodke) Hervert was born January 18, 1969 in Saginaw, Michigan. He graduated from Bridgeport High School and was employed as a machinist by Kurek Tool Inc. He enjoyed spending time with the family.
Surviving are his father, Joseph, his former wife, Samantha Hervert; their daughters, Sarah and Shianne; a brother, a sister and their spouses, David and Melinda Hervert; Melissa and Ryan Foor; his mother-in-law, Christine Heilig; his aunts, Joanne Drake and Mary Willis, a great aunt, Kate Pavlicek; his sisters-in-law and his brothers-in-law, Sandy and Jason Snelenberger; Sabrina and Chris Bell; Stephanie and Dan Weigdant; Stacy and Matt Heilig; many nieces, nephews and other relatives. He was predeceased by his mother, Shirley, his grandparents and his father-in-law, William Heilig.
Cremation has taken place. Family memorial services will be planned later. www.casefuneralhome.com
To order memorial trees or send flowers to the family in memory of Michael John Hervert, please visit our flower store.
Send a Sympathy Card