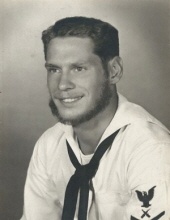 Merle Eugene Liebrock
Hemlock, Michigan
Passed away Tuesday, January 11, 2022 at Covenant-Cooper. Age 85 years.
The son of the late Nellie Irene (Holton) and Orvin Lewis Liebrock was born November 28, 1936 in Merrill, Michigan. He married Joan Lawson, June 23, 1961. His wife of 60 years survives him. Merle served with the U. S. Navy from 1954 to 1962. He owned and operated Liebrock Builders for over 60 years where he lived by the motto “If you don’t have time to do it right the first time, how are you going to find time to fix it the second time”. He was a member and served as Chaplain for the Independent Order of Oddfellows. He was an avid hunter and fisherman.
Surviving besides his wife, Joan, are five children and their spouses, Robin and William Haag; Daniel and Brenda Liebrock; Theresa and Gilbert Morgan; Angie and Scott Rinz; Keith Krueger; eleven grandchildren, Heather Gerwin, Nicole Liebrock, Danielle Liebrock, Lucas Liebrock Adrienne Rohde, Leslie Flattery, Merle Morgan, Brock Rinz, Lawson Rinz, Ashley Krueger and Kyla Krueger; twelve great grandchildren; his brothers-in-law and sisters-in-law, Bill and Jeanne Lawson; Carrol and Elmer Larsen; Patricia Liebrock and Elaine Liebrock; many niece and nephews. Merle was predeceased by his parents and four brothers and two sisters, Darwin, Virgil, Vincent and Elton Liebrock, Geraldine Jackson and Wilma Becker.
The funeral service will take place at 1:00 p.m. Saturday, January 15, 2022, at the W. L. Case and Co. Funeral Chapel, 201 N. Miller Rd. Pastor Weldon Townsend will officiate with Military burial in Richland Twp. Cemetery under the auspices of the Hemlock-Merrill V.F.W. Post #7302. Friends may visit with family at the funeral home from 2:00-8:00 p.m. Friday and on Saturday until the time of the funeral service. www.casefuneralhome.com

To order memorial trees or send flowers to the family in memory of Merle Eugene Liebrock, please visit our flower store.