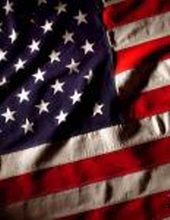 Lyle “Joe” Robert Davis
Merrill, Michigan
Beloved husband, father, grandfather, brother and friend passed away at his home, with his family at his side; at the age of 74 years.
The son of the late Jack L. and Helen M. (Clark) Davis, was born on May 23, 1946 in Saginaw, Michigan. He attended Merrill Schools. Lyle proudly served the United States for two years of loyal service with the U. S. Army 2/22 4th Infantry Div. 3rd BDE in Vietnam near the Cambodian border known as the “iron Triangle”. He was wounded from a gunshot wound to the head. He had received a Purple Heart and was honorably discharged for his service. Lyle married Marcia Lee Valliere on October 23, 1965 in Merrill, Michigan. They shared 55 wonderful years together. She survives him. He worked for many years of loyal and dedicated service at Saginaw Steering Gear until he retired. Lyle was a member of the Military Order of the Purple Heart. He was an avid collector of gas steam engine and tractor antiques. Lyle also enjoyed the outdoors, gardening, camping, fishing and cutting trees. He was interested in his family ancestry, as well as local and world history. Above all, Lyle cherished the time spent with his friends and family, especially his grandchildren.
Surviving besides his wife: Marcia; are one daughter, three sons and their spouses: Mindee and Jim Griffioen, Jon Davis, Justin Davis, Zachary and Courtney Davis; nine grandchildren: Jeremy Conlin, Dustin Conlin, Alexandria Davis, Ashlyn Davis, Logan Davis, Alyssa Davis, Jaden Davis, Emmy Davis, Coulson May; one great-grandchild: Landon Conlin; five brothers and six sisters. Also surviving are many nieces, nephews, extended family members and friends. Besides his parents, Lyle was preceded in death by an infant brother: Robert Davis; one sister: Carol Eurich; two brothers-in-law: Robert Midcalf, Jeff Bergkamp Sr.
A funeral service will take place at 10:30 a.m. Thursday, April 15, 2021, at Merrill Wesleyan Church, 3765 N Chapin Rd, Merrill. Rev. Bradley Harris will officiate. Military burial at Lakefield Township Cemetery at 1:00 p.m. with Military Honors will be held under the auspices of the United States Army and V. F. W. Post 1859. Friends may visit with the family from 9:30 a.m. until the time of service at the church. In accordance with the Michigan Department of Health and Human Services ordinance, indoor capacity is limited, face coverings are required, and social distancing encouraged. We appreciate everyone’s efforts to reduce the spread of covid-19 in our community. In lieu of flowers those planning an expression of sympathy may wish to consider memorials to Merrill Wesleyan Church. www.casefuneralhome.com

To order memorial trees or send flowers to the family in memory of Lyle Robert Davis, please visit our flower store.
Send a Sympathy Card