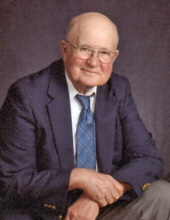 Lloyd grew up on the family farm at Nelson Corners, one of six children. He attended Hemlock High School, graduating with the class of 1955. He started at Alma College and later graduated from Central Michigan University with B.S. and M.S. degrees in Biology and Education. As a young adult, he worked for the Bureau of Public Roads in Northern California and then completed basic training in the U.S. Army at Fort Ord, serving as a reservist for the following 6 years.

After graduation, he taught 5 years at Bad Axe High before coming home to Hemlock to teach science for 30 years. Lloyd was a beloved and well-known teacher and coach, influencing many students over the years. After retiring, he worked as a naturalist at Hartley Outdoor Education Center for 10 years, helping to build and run the Murphy Farm Education Center where he was known as “Farmer Lloyd.” Over the years, he also served as the Fremont Township Supervisor.

In 1965, Lloyd attended a summer institute on Beaver Island. This course was a part of the National Science Foundation program set up to improve science education in the US after the launching of Sputnik. It was in this beautiful place where he met Nancy (Smith), a teacher from Washington. They married in 1966 and had four daughters.

Lloyd loved being outdoors. He was a lifelong farmer, passing along his love of the land, nature, and birding to his children and grandchildren. He was an avid hunter, trapper, and fisherman who thoroughly enjoyed spending time in the U.P. Lloyd played sports his whole life, most recently in the Chesaning Senior Softball League, greatly enjoying the friendships and competition. He was also a passionate sports fan and adopted his daughters’ teams as his own.

The Nelson United Methodist Church was a constant in Lloyd’s life. Growing up, he was active in MYF and youth choir. He served in many leadership capacities throughout the years, including seeing the fellowship hall addition through from start to finish.

Above all, Lloyd was a man of faith who dearly loved his family and community. Together with his wife, he laid a solid foundation for his family, demonstrating the importance of hard work, enjoying dinners as a family, playing endless card games, and encouraging all of his daughters and grandchildren to pursue higher education.

He was preceded in death by his parents and siblings, Mike West and Lois Coeur, and in-laws Margie West, Elaine West, Lillian West, and Bob Coeur.

Visitation will be Friday from 2-8 pm and Saturday 9:30-11:00 am at Nelson United Methodist Church, 5950 S. Hemlock Road with services at 11:00 am on Saturday. Burial will be at the Fremont Township Cemetery.

Covid protocol will be observed, and masks are required.

Memorials in Lloyd’s name may be made to the Nelson United Methodist Church Memorial Fund or the Hartley Outdoor Education Center.

To order memorial trees or send flowers to the family in memory of Lloyd Allen West, please visit our flower store.
Send a Sympathy Card