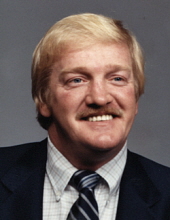 Larry D. Kuebler
Saginaw, Michigan
Passed away Tuesday, October 19, 2021. Age 82 years.
The son of the late Henry J. and Hazel (Gillman) Kuebler was born August 14, 1939 in Saginaw, Michigan.
He graduated from Saginaw High School, Class of 1958. He played the drums in the group named the Red Coats. He was the dancing champion at Big Brothers and went on to win five state dancing championships in Flint. He was a member of the MOOSE lodge. Larry was employed by Saginaw Steering Gear as a Pipefitter and Millwright for 32 years, retiring in 1994. He married Nina Shea, January 23, 2007. She survives him.
He is survived by his best friend and wife, Nina (Shea) and brother Ronnie. He also is survived by daughters, Kari Thrush; Sue Gadille; step-daughters, Tina (Gary) Lutkus; Melissa (Jeff) Zonneville; Terri (Gary) Simerson; Cindy (Richard) Villanueva; 16 grandchildren; 18 great grandchildren. He was predeceased by 4 sisters, 7 brothers and his step-son, Daniel Albrecht, Sr.
The funeral service will take place at 2:00 p.m. Monday, October 25, 2021 at the W. L. Case and Co. Funeral Chapel, 4480 Mackinaw Rd. Rev. Fr. John Johnson will officiate with entombment in Roselawn Memorial Mausoleum. Friends may visit with the family from 12:30 p.m Monday until the time of the funeral service. www.casefuneralhome.com
To order memorial trees or send flowers to the family in memory of Larry D. Kuebler, please visit our flower store.
Send a Sympathy Card