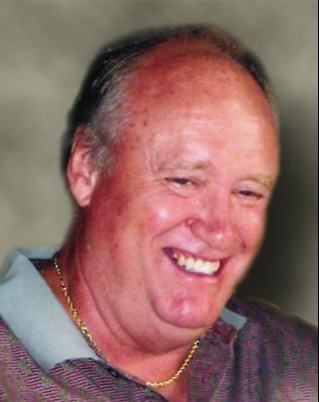 Beloved husband, father and grandfather passed away on Monday, August 8, 2022 at Mary Free Bed at Covenant HealthCare, with his family at his side, at the age of 74 years.

The son of the late William and Virginia (Powell) Allison, John was born on July 11, 1948 in Saginaw, Michigan. He attended St. Peter and Paul Catholic High School, and graduated from St. Andrew Catholic High School with the class of 1966. John continued his education at Ferris University. He proudly served in the United States Navy. John went through his basic training at the Great Lakes Naval Academy. He worked at Spicer Engineering Group before working as a heavy equipment operator at the Saginaw County Road Commission. John operated his own contracting company, Allison Excavating. He then was a salesman at McDonald GMC – Cadillac Inc. John worked in commercial real estate for The Miller Group and then became the present owner of the Miller Group. He was an avid golfer and former member of the Maple Hill Golf Course. John enjoyed various sports including softball, basketball and football. John will be fondly remembered for being very sociable. Above all, John cherished the time spent with his family, especially his grandchildren.

Honoring John’s wishes, cremation has taken place. A memorial service will take place at 6:00 p.m. on Tuesday, August 16, 2022 at W. L. Case and Company Funeral Chapel, 201 N. Miller Road, Saginaw, Michigan 48609. Rev. Fr. Steven Gavit will officiate. Military Honors will take place under the auspices of the United States Navy and American Legion Post 439. Family may visit the family and friends from 3:00 p.m. until the time of service at the funeral home.  Those planning an expression of sympathy may wish to consider memorials to a charity of the donor’s choice.