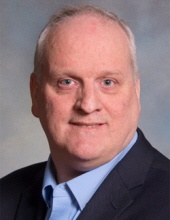 Jarrad Rose, age 52, of Saginaw was a beloved husband, father, grandfather, son and friend. Jarrad passed away on Wednesday, January 26th, 2022, with family by his side.

Jarrad was born on January 9th, 1970 in Flint, Michigan to Lois Ann (Seeba) Brail and the late Jack Pridgeon Rose. He was a proud veteran of the United States Army. Jarrad fought in Operation Desert Storm and achieved the rank of Army Specialist (E-4). Jarrad married Michelle on June 8th, 2001 in Greenville, Michigan. He was the branch manager at Alta Equipment Company in Saginaw and had a strong devotion and loyalty to his work. Above all else, Jarrad enjoyed watching professional sports, traveling, and spending time with his family, especially his grandchildren.

Honoring Jarrad’s wishes, cremation has taken place. A memorial service will take place at 1:00 p.m. on Saturday, February 5, 2022 at W. L. Case and Company Funeral Chapel, 4480 Mackinaw Road, Saginaw, Michigan 48603. Rev. Robert Schmidt will officiate. Military Honors will take place under the auspices of the United States Army and American Legion Post 22. Friends may visit with the family on Saturday from 12:00 p.m. until the time of service at the funeral chapel.
To order memorial trees or send flowers to the family in memory of Jarrad Rose, please visit our flower store.