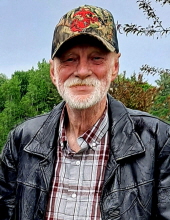 Passed away at home on Friday, June 10th, 2022, at the age of 69. Jack was born on December 9th, 1952, in Saginaw, Michigan, to the late Thomas & Georgia (Roberts) Dotson and was a graduate of Hemlock High School. He proudly served in the United States Marine Corps from 1972-1973 and it was during his service to his country that Jack picked up the skilled trade of carpentry, which would occupy his professional and personal time for most of his life. After his service, Jack worked as a carpenter for Mac’s Windows & Doors, as well as various jobs throughout the region for all the people who came to know him as a skilled and dedicated worker. In his free time, Jack enjoyed playing country music on the guitar, fishing, playing poker, euchre, and pool, and spending time with the family he was so proud of, especially his grandkids. Jack had a big heart, was always happy, and was well-loved by everyone that knew him.

Funeral services for Jack will be at 2:00pm on Friday, June 17th at W.L. Case & Company, 125 E. Saginaw, Merrill, with visitation from 10:00am until the time of service. Those wanting to make memorial contributions may wish to consider a donation to Wounded Warriors Project. Please share your thoughts, prayers, and memories with the family at the funeral home or on www.casefuneralhome.com.

To order memorial trees or send flowers to the family in memory of Jack Arthur Dotson, please visit our flower store.
Send a Sympathy Card