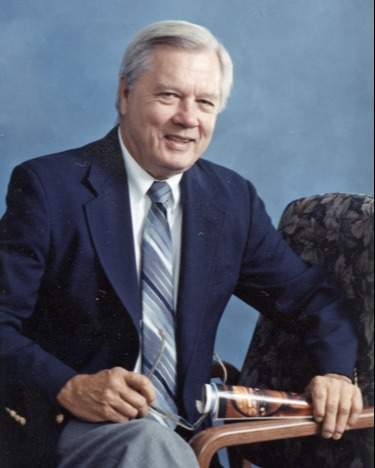 He graduated from Saginaw High School in 1946, Master Gunner’s School with the U. S. Army, Ft. Bliss, Texas in 1951, Central Michigan University (Class Valedictorian) in 1956, Medical School at the University of Michigan in 1963, and a pediatric residency in 1963. After retirement he studied Fine Arts at Delta College from 1998 – 2000.

During life, Gene enjoyed camping, fish, gardening, photography, painting, writing, and the study of mythology and historicity of religion. He was a member of the Saginaw Area Watermedia Artists, and of the education and discussion group, Serendipity.

He was preceded in death by his son, Stephen Rank.

In keeping with Gene’s wishes, cremation has taken place. His family will gather privately to celebrate his life.

To order memorial trees or send flowers to the family in memory of J. Eugene "Gene" Rank, M.D., please visit our flower store.