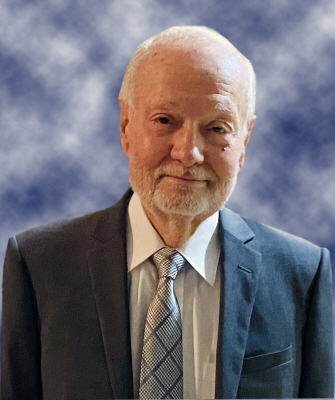 Beloved father, grandpa and great-grandpa went to heaven peacefully with his daughter by his side on Monday, March 1, 2022, at the age of 84. Ivan Leon Edwards was born on Christmas Day, December 25, 1937, to the late Clarence and Margaret (Kovach) Edwards, in Majestic, Kentucky. He met the love of his life, Carolee Denny at church when he was 15 years old. They dated, fell in love and were united in marriage on April 11, 1958, sharing nearly 60 years of marriage before she preceded him in death on January 28, 2018.

Lee graduated with his master's degree in engineering from Ohio State University in 1962, and began his career with General Motors where he retired as the chief metallurgist after 30 years of service. He was a member of First Baptist Church of Bridgeport for 40 years and dedicated his life to serving the Lord. Lee held a very special place in his heart for the youth, at the age of 83, he was still going strong attending school camp with the young and spirited teenagers.

He instilled in his family the true meaning of family that will forever be with us. Lee was a man of great character, compassion and humor. His kindheartedness, love, and example were truly an embodiment of the essence of Christ. One of his greatest joys in life was fishing and he had a passion for sports. Lee was the happiest when he was spending time with his family.

There will be a private burial at Millington Cemetery where he will be laid to rest by his sweetheart.
A Celebration of Life will be held at a later date at First Baptist Church of Bridgeport. In lieu of flowers, memorials can be made to Bridgeport Baptist Academy, Bridgeport Michigan

To order memorial trees or send flowers to the family in memory of Ivan Leon Edwards, please visit our flower store.
Send a Sympathy Card