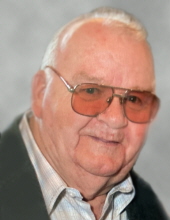 Howard Curtis Lamont, Jr., age 87, of Wheeler, formerly of Thomas Township, passed away in the early hours of April 7, 2021, at Hearts Content AFC Home in Breckenridge, Michigan. Howard was born on June 5, 1933, to the late Howard C. and Myrtle (Neigh) Lamont, Sr, on his grandparent’s farm in Porter Township. He was a proud 1951 graduate of Arthur Hill High School. Howard married Dona Marie Riley on July 26, 1952. They had two sons, Ricky and Mike Lamont. He worked as an iron worker for various construction companies over the years. Howard also played steel guitar in several country bands. He spent time in Nashville playing with some of the great country singers of the 50’s and 60’s. Howard also enjoyed deer hunting.

A private graveside service took place on Saturday, April 10, 2021, at Richland Township Cemetery. Rev. Ron Fredrick officiated. In lieu of flowers, those planning an expression of sympathy may wish to consider memorials to the American Cancer Society or Porter Free Methodist Church. Please share your thoughts and memories with the family through www.casefuneralhome.com.
To order memorial trees or send flowers to the family in memory of Howard Curtis Lamont, Jr. , please visit our flower store.