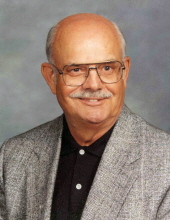 Henry (Hank) Frederick Feit
Saginaw, Michigan
Loving husband, father and grandfather passed away Saturday, December 25, 2021 at Edgewood Assisted Living Center. Age 88 years.
Henry was born October 20, 1933 in Saginaw, Michigan to the late Henry and Pauline (Schemf) Feit. He married Darlene (Dolly) Kamm on May 30, 1964. She predeceased him on February 3, 2018. Henry retired from Saginaw Steering Gear in 1996 after more than 40 years of service. He served with the U. S. Army during the Korean War. He was a member of Peace Lutheran Church.
Surviving are his 2 children and their spouses, Steve (Debbie) Feit, Hemlock, MI; Kathy (Kurt) Englund, Naples, FL; 4 grandchildren, Steven (Rachel) and Jessica Feit; Jacob and Makenna Englund; his sister, Carol Taugher and his brother, Ken Feit; several nieces and nephews. Henry was also predeceased by his sister, Donna Gilman and a brother, Robert Feit.
The funeral service will take place at 11:00 a.m. Tuesday, January 4, 2022, at the W. L. Case and Co. Funeral Chapel, 4480 Mackinaw Rd. with Military entombment in Oakwood Mausoleum. Friends may visit with family from 9:00 am. until the time of the funeral service. Those planning an expression of sympathy may wish to consider V.F.W. Post #1566 or Peace Lutheran Church. www.casefuneralhome.com
To order memorial trees or send flowers to the family in memory of Henry ( Hank) Frederick Feit, please visit our flower store.
Send a Sympathy Card