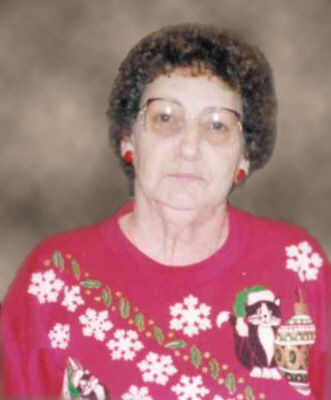 Passed away peacefully on Sunday, December 26, 2021, at Covenant HealthCare - Cooper. She was 86 years old. Helen Louise Kendall was born on December 1, 1935, in St. Charles, Michigan, to the late James and Elizabeth (Piechotte) Kendall. She married Cecil Cowdrey; he preceded her in death on December 2, 1974. Helen later married Gerald Anderson on September 25, 1990, in Las Vegas, Nevada; He preceded her in death on July 22, 2017. She was employed as an assembly line worker with General Motors Steering Gear, retiring after many years of dedicated service. Helen enjoyed visiting casinos, especially the Stardust in Las Vegas. She also enjoyed fishing and traveling. Helen was a member of the American Legion Auxiliary, the Masonic Lodge, and the Eagles Club. She and her husband Gerald, selflessly shuttled children and their families back and forth to the Shriner's Hospital for children in Chicago, IL. Helen also volunteered her time reading to the veterans at the Aleda E. Lutz VA Medical Center. Her true passion was to support the Shriner's Children's Hospital and St. Jude Children's Research Hospital.

She was preceded in death by a daughter, Barbara Broughton.

Honoring Helen's wishes cremation has taken place and no services are planned. In lieu of flowers, those planning an expression of sympathy may wish to consider memorials to the Shriner's Children's Hospital or St. Jude Children's Research Hospital. Please leave your thoughts and memories with the family through www.casefuneralhome.com.
To order memorial trees or send flowers to the family in memory of Helen Louise Anderson, please visit our flower store.
Send a Sympathy Card