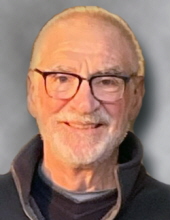 Beloved husband, father and grandfather was called to his heavenly home on July 6, 2021 at the age of 71. He passed away at home with his family around him after a battle with pancreatic cancer. Grant was born in Yankton, South Dakota on April 19, 1950 to Gene Arthur Rames and Martha Jeanne Hinson. He grew up in South Dakota moving to Michigan in 1967. He graduated from Freeland High School in 1968. Grant worked for Michigan Bell/ Ameritech, retiring in 1998. Grant and Susan met on a blind date at their pastor's house and were married in 1984. They have four children and five grandchildren.

He was a member of Ascension Lutheran Church in Saginaw and the Hemlock Lions Club. Grant loved the Lord and his family. He was a kind, patient and peaceful man who truly loved life.

A funeral service will take place at 11:00 a.m. on Tuesday, July 13, 2021, at W. L. Case and Company Funeral Chapel, 201 N. Miller Road, Saginaw. Rev. Julie Bailey will officiate. Honoring Grant's wishes, cremation will follow. Friends may visit with the family from 3:00 p.m. - 8:00 p.m. on Monday, July 12, 2021, at the funeral chapel, and from 10:00 a.m. until the time of service on Tuesday at the funeral chapel. In lieu of flowers, those planning an expression of sympathy may wish to consider memorials to the Lustgarten Foundation: Pancreatic Cancer Research.
To order memorial trees or send flowers to the family in memory of Grant Arthur Rames, please visit our flower store.