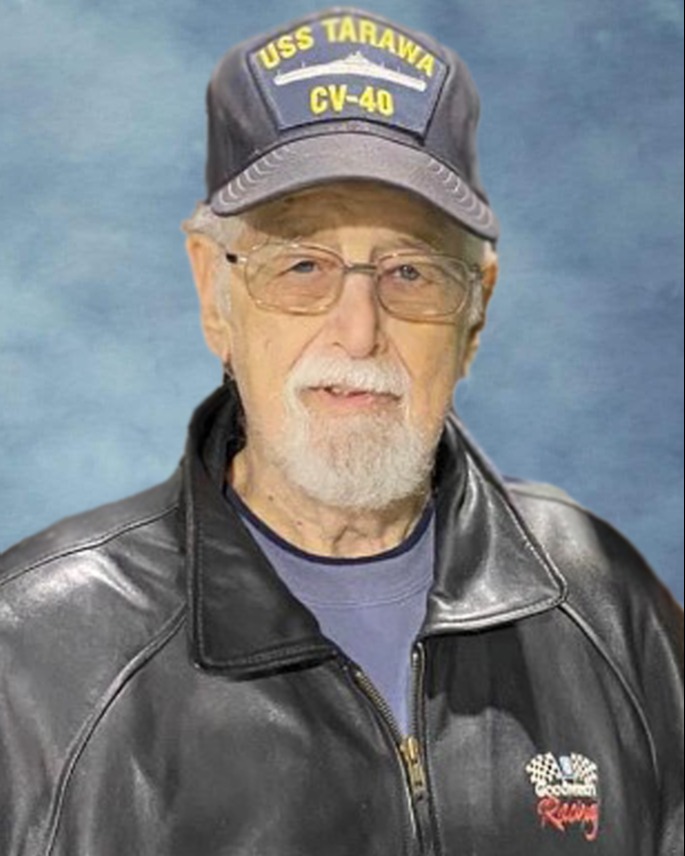 Beloved father, grandfather, and great grandfather passed away on November 16th, 2022, at the age of 89. Born September 16th, 1933, in Saginaw, Michigan, to the late Ammi & Margaret (Lober) Johnson, Jerry was a 1950 graduate of Arthur Hill High School. Shortly after high school, Jerry enlisted in the US Navy and proudly served his country from 1953-1957 as a Seaman aboard the USS Tarawa CV-40 during the Korean War. After his time in the military, Jerry continued his service to his neighbors as a fire fighter for the city of Saginaw, retiring after over 25 years. He was also a member of VFW Post 1566. Jerry married Carol Tinglan on November 27th, 1959, and though the couple divorced, she remains a well-loved part of his family. In his free time, Jerry enjoyed working on cars, caring for animals, and being a politically informed member of his community. Most important to him was caring for his family; he was frequently seen doing “drive bys” to make sure his family was safe and content and taking them out to breakfast. Jerry is remembered as having a stubborn and gruff exterior, but being tender hearted, caring to a fault, and selfless. He would give you the shirt off his back and was completely devoted to the family he so cherished who always knew him as “Uncle Sonny.”

A funeral service celebrating Jerry’s life will take place at 11:00am on Tuesday, November 22nd, 2022, at W.L. Case & Company, 4480 Mackinaw Rd., Saginaw, Rev. Dr. Dennis Laffoon presiding. Visitation will take place at the funeral home on Monday from 2:00pm until 8:00pm. Cremation is to follow. Those wanting to make a show of their sympathy may wish to consider a memorial contribution to the Saginaw County Animal Care Center. Please share your thoughts, prayers, and memories with the family at the funeral home or through www.casefuneralhome.com.

To order memorial trees or send flowers to the family in memory of Gerald Edward Johnson, please visit our flower store.