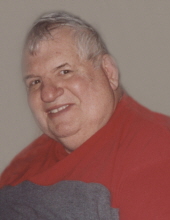 Beloved husband, father, brother, and uncle passed away unexpectedly on Tuesday, November 3, 2020, at Covenant HealthCare – Cooper. He was 78 years old. Frank James Hunt was born on July 9, 1942, in Saginaw, Michigan, to the late Frank Eugene and Josephine (Salak) Hunt. He was a 1960 graduate of St. Charles High School. Following graduation, Frank proudly enlisted in the United States Air Force for 7 years before his honorable discharge. He married the love of his life, Judy Ann Garinger on October 16, 1970, in Saginaw; she survives him. Frank and Judy were longtime and faithful members of Ss. Peter & Paul Catholic Church and the American Legion. In 1968, he began working for General Motors and within a few years he completed his apprenticeship as a Journeymen Die Maker, After 36 years of dedicated service and working at Plant 2, 4, 6, and with Delphi, Frank retired. As a young man he enjoyed hunting, but took great pride and pleasure in spending time with his wife and sons. He truly loved watching his sons become men. Frank also enjoyed going to the casino and found peace and tranquility taking drives with his wife. He will forever be remembered for his loyal, trusting and loving spirit.

He was preceded in death by a brother, Dennis Hunt.

Honoring Frank’s wishes cremation has taken place. A memorials service will be announced at a later date. In lieu of flowers, those planning an expression of sympathy may wish to consider memorials to the Aleda E. Lutz VA Medical Center. Please share your thoughts and memories with the family through www.casefuneralhome.com.
To order memorial trees or send flowers to the family in memory of Frank James Hunt , please visit our flower store.
Send a Sympathy Card