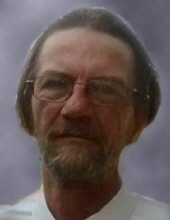 Beloved father and grandfather passed away on Tuesday, October 12, 2021 at Covenant HealthCare - Harrison, with his family at his side; at the age of 62 years.

The son of the late Donald Sr. and Betty (Barton) Douglas, Don was born on September 2, 1959 in Saginaw, Michigan. He graduated from Arthur Hill High School. Don proudly served in the United States Marine Corps. Don owned and drove truck at Double D Transport for 34 years of loyal and dedicated service. He was passionate about music, encouraging his children to record their own songs. Don enjoyed engineering and tinkering; starting with bikes, drafting several projects, and even had plans to put his own plane together. Above all, Don cherished the time spent with his family, especially his grandchildren.

Honoring Don's wishes, cremation has taken place. A memorial service will be announced at a later date. Those planning an expression of sympathy may wish to consider memorials to American Cancer Society.
To order memorial trees or send flowers to the family in memory of Donald "Don" G. Douglas Jr. , please visit our flower store.
Send a Sympathy Card