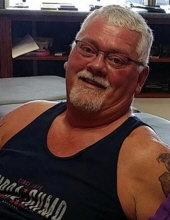 Daniel Paul Liebrock
Hemlock, Michigan
Passed away Thursday, February 3, 2022. Age 59 years.
The son of Joan (Lawson) and the late Merle Eugene Liebrock was born November 29, 1962 in Saginaw, Michigan. He graduated from Hemlock High School, Class of 1980. He married the love of his life, Brenda Sue Gwizdala, June 25, 1988. He worked alongside his father at Liebrock Builders prior to being employed by, and retiring from, Dow Corning and Chemical after nearly 30 years.
Dan’s passion for mentoring youth athletes has had a significant impact on the community. He coached all age groups in basketball, football and baseball. He was a member of the NRA, enjoyed hunting, fishing, golfing, boating and riding his Harley, yet there was nothing he cherished more than spending time with family and friends.
Surviving besides his wife, Brenda, and his mother, Joan, are his children, Heather (Zach) Gerwin; Nicole Liebrock; Danielle (Brent Drown) Liebrock; Lucas Liebrock; Shaun(Cristen) Clayton; his grandchildren, Ella Holnagel, Aubrey Gerwin, Ryder Colpean, Paisley Jones and Oaklynn Drown; his sisters and brother, Robin (William) Haag; Theresa(Gilbert) Morgan; Angie (Scott) Rinz; Keith Krueger; his sisters-in-law and brothers-in-law, Janet Blakely; Michael (Sheri Rhynard) Gwizdala; Ken Gwizdala; Gary (Tammy) Gwizdala; Mary Lou (Kris) Doud; LeeAnn Chadwick; many nieces, nephews and other relatives. He was predeceased by his father, Merle; his in-laws, Lucy and Constantine Gwizdala, and John Mitchell; and a brother-in-law, Ron Gwizdala.
The family will be accepting visitors from 2:00-8:00 p.m. Wednesday, February 9th and Thursday, February 10th from 11:00 a.m. until the time of the service. The funeral service will take place at 1:00 p.m. Thursday, February 10, 2022 at the W. L. Case and Co. Funeral Chapel, 201 N. Miller Rd. Pastor Weldon Townsend will officiate. Those planning an expression of sympathy may direct donations to the family for the establishment of a scholarship fund in memory of Dan to be awarded to Hemlock basketball athletes of the family’s choosing. www.casefuneralhome.com

To order memorial trees or send flowers to the family in memory of Daniel Paul Liebrock, please visit our flower store.
Send a Sympathy Card