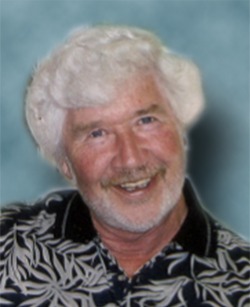 Beloved husband, father and grandfather passed away unexpectedly on Thursday, June 16, 2022 at his home in Freeland, with his family at his side; at the age of 80 years.

Conrad was born on July 27, 1941 in Saginaw, Michigan, the oldest son of the late George and Elnora (Gallery) Defrees. He graduated from Arthur Hill Tech. Conrad proudly served in the United States Army in Germany until 1968. He returned to the Saginaw area working in the banking industry moving on to insurance business. Eventually opening Defrees Insurance in Shields.  Conrad co-owned C&M Homes Inc. After retiring, he opened M&C Classics, an antique and auto shop, in the same location, known as Veterans Corners. Conrad never sat still owning and operating numerous businesses in the Harrison, Sanford and another Veteran Corners antique shop in Coleman. He enjoyed belonging to various veteran and civic organizations. Conrad would be frequently found with his buddies thinking up new adventures. Due to his business and civic involvement, he was well known as supporter of the Old Sandhill area of Saginaw where he was raised. Conrad was generously willing to help out friends and family when needed, but never failed to be on the lookout for a deal. Let it be said that he will be remembered and missed by a multitude of friends, family, and business partners alike. Conrad enjoyed hunting and opening day with his nephews and nieces. The Harrison house has many trophies of his hunting trips.

He was the beloved husband of Marilyn (Kreger) Defrees. He also leaves behind his belove daughter and very dear son-in-law, Jodi and Mark Clagg; and granddaughter, Grace Clagg of Seattle, Washington.  He will be greatly missed by his two sisters: Barbara (Orra) Enszer, Saginaw, Michigan; Georgia (Jim) Munro, LaGrange, Georgia; his brother: James (Bonnie) Defrees, Coleman, Michigan. Also surviving are many very dear nieces, nephews and cousins. Conrad was loved and will be missed by his mother-in-law, Eunice Kreger and Marilyn’s family.

Funeral Service will take place at 2:00 p.m. on Wednesday, June 22, 2022 at W. L. Case and Company Funeral Chapel, 201 N. Miller Road, Saginaw, Michigan 48609. Friends may visit with the family from 4:00 – 7:00 p.m. on Tuesday, June 21, 2022 at the funeral chapel, and from 1:00 p.m. until the time of service on Wednesday at the funeral chapel. In lieu of flowers, those planning an expression of sympathy may wish to consider memorials to the Aleda E. Lutz VA Hospital and the City of Saginaw Rescue Mission.

To order memorial trees or send flowers to the family in memory of Conrad Charles Defrees, please visit our flower store.
Send a Sympathy Card