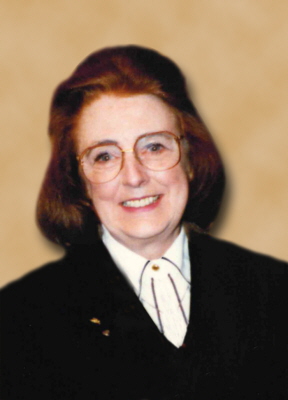 Clarice Oversby Toshach
Saginaw, MI
Passed away on April 27, 2021 at the age of 92 years.
The daughter of the late Oliver and Nora (Brown) Oversby was born on November 21, 1928 in Firbank, Westmoreland, England. Clarice worked as a textile designer in Lancaster England before coming to the US in 1955. She married Kenneth William Beard then later married Daniel Toshach; he predeceased her on August 15, 1992. She owned and operated Broadway Lane, Clarissa Jane, Inc. and Over-Tosh Computers, Inc. before her retirement. Clarice enjoyed reading and spending time with her family and friends.
Surviving are a son, Paul Anthony Beard and his wife, Merry; step-children: Lynn and Calvin Layton; Mary Toshach; Daniel Toshach Jr. and his wife, Julie; Pam and Dave Combs; Dr. Trina Toshach, her daughter-in-law Tamera Toshach, many grandchildren and great-grandchildren, relatives and friends. Besides her parents and husband, Clarice was predeceased by a son, Duncan Toshach, her sister Maureen Mason and her former spouse, Kenneth William Beard.
In accordance with Clarice's wishes, cremation has taken place and private services will be held at a later date.
To order memorial trees or send flowers to the family in memory of Clarice Oversby Toshach, please visit our flower store.