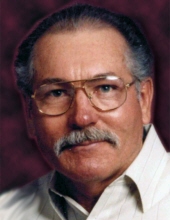 Charles "Spider" Davis, a long-time resident of Kochville township, passed away on June 11, 2021 at the age of 82.

Charlie was born on October 27, 1938, in Saginaw to the late Roland and Elsie (Schroeder) Davis. He grew up on his parent’s farm and attended Liberty School, a one-room schoolhouse, then to North Intermediate for Junior High and attended Arthur Hill High School. He was the owner of his company C. Davis Bulldozing for 29 years, retiring in 2003. Spider was an upbeat, laid back, old school kind of guy. He lived a great life with his significant other, Mary E. Krueger for 45 years. She predeceased him on January 15, 2015. He was a hard worker and enjoyed hunting and fishing at Camp Davis and The Marsh with his brothers “Luke” and “Frank,” as well as his nephews Rick, Mark, “Deece” and “BZ”. He traveled for hunting to Tennessee, Montana, and to remote locations in the Canadian wilderness, where he flew in his co-owned airplane. Charlie raced snowmobiles and loved auto racing both as a driver and a car owner. He was an avid fan of NASCAR and the Detroit Red Wings. You could often find him outside working on his garden, his pond or something in his shop. Charlie was a member to the Operating Engineers Local 324 for 53 years.

He is also predeceased by his nephews Gregg Davis and Donald “BZ” Spencer who was like a son to him.

Friends may visit with the family Saturday, June 19, 2021, from 10:00 am until the time of funeral service, which will begin at 4:00 pm at the W. L. Case & Company, 4480 Mackinaw Road. Rev. Jim Doran will officiate. Honoring Charlie's wishes, cremation will follow.

In accordance with the Michigan Department of Health and Human Services ordinance, indoor capacity is limited, face coverings and social distancing are encouraged. We appreciate everyone’s efforts to reduce the spread of covid-19 in our community.
To order memorial trees or send flowers to the family in memory of Charles "Spider" Davis, please visit our flower store.
Send a Sympathy Card