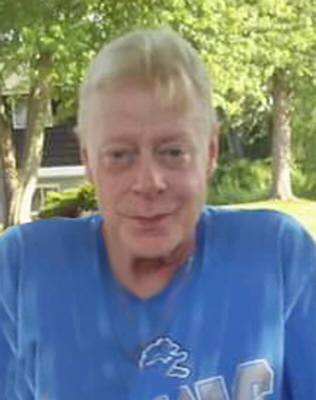 Bernard "Bernie" Trissler
Saginaw, MI
We are deeply saddened to announce that Bernie passed away unexpectedly on Sunday, July 4, 2021 in the presence of his loving family. He was 6 days shy from celebrating his 61st birthday. He will be greatly missed and fondly remembered by all of his loved ones.

Bernie was born on July 10, 1960 in Parkersburg West Virginia to Patsy and Charles Trissler. He enjoyed cooking out and spending time with his family. His grandchildren were the biggest light of his life.

He married his "pal" and beloved wife Nadine Irene (Hess) Trissler on October 17, 1986. She survives him. They would have celebrated their 35th wedding anniversary this year. They had two beautiful daughters together; Deanna Hess-Rachel and Tiffany Trissler. They survive him as well.

He was proceeded in death by his father; Charles Trissler, brother; Mike Trissler, grandmother; Agnes Calder, and grandfather's; Roy Phillips and John Calder.

Memorial Service will take place at 7:00 p.m. Saturday, July 10, 2021 at the W. L. Case and Company Funeral Chapel, 5700 Dixie HWY. Friends may visit with the family at the funeral chapel on Saturday from 5:00 p.m. until the time of the memorial service.

To order memorial trees or send flowers to the family in memory of Bernard "Bernie" Nicholas Trissler, please visit our flower store.
Send a Sympathy Card