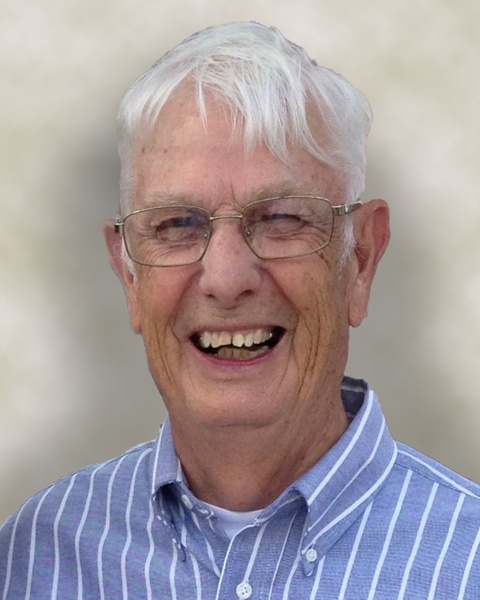 Age 87, passed away peacefully, surrounded by his family, on September 24, 2022, at Merrill Fields Assisted Living. Bernie was born on November 12, 1934, in Merrill, Michigan to his late parents, J. Joseph and Catherine (Jacobs) Kalahar. Bernie married his high school sweetheart, Doris (Fenley) Kalahar on May 21, 1955, at Sacred Heart Catholic Church in Merrill. Theirs was an epic love story, as deep and enduring as you will ever find. In their 67 years of marriage they faced every joy and heartbreak together and were an amazing team in raising their five children.

After graduating from Sacred Heart High School in 1953, Bernie took courses with General Motors for Dealership Management. For the next 50 years, Bernie worked with his dear friend and business partner, Don Schwind, at the family businesses, Schwind & Kalahar Pontiac dealership and Schwind & Kalahar Appliance store.

Bernie loved sports and played basketball and baseball at Sacred Heart Catholic High School. One of his favorite memories was when his team won the district championships. He went on to share his love of athletics by coaching junior varsity basketball and little league baseball. He believed in good sportsmanship and learning the fundamentals. Throughout his life, he continued to compete in City League basketball, softball, bowling, and golf. Bernie and his golf partner, Jack Riever, played in their weekly league for over 30 years together. He was also a loyal Detroit Tigers fan. His favorite player was Al Kaline, who he always said was a “gentleman of the game.” The same could be said of Bernie—he was truly a gentleman, through and through.

If you knew Bernie, you experienced his quick wit, wonderful sense of humor, and love of laughter. He was always ready with a kind word, big smile, and a twinkle in his eye. He loved nothing more than a Wixom Lake family Euchre tournament where the cards would fly and the witty banter flew even faster.

As a lifelong parishioner of Sacred Heart Catholic Church, Bernie served as an usher, sacristan, and member of the Church Council. From the age of 18, he was also a member of the Knights of Columbus. His faith and his family were at the center of his life.

He is predeceased in death by his children, Kathleen and David Kalahar, his parents, and his brothers, Robert, Edward, and Jack Kalahar.

The family would like to extend sincere and heartfelt gratitude to the staff at Merrill Fields Assisted Living and Kindred Hospice for the exceptional care and compassion they showed to Bernie and his family.

To order memorial trees or send flowers to the family in memory of Bernard James Kalahar, please visit our flower store.