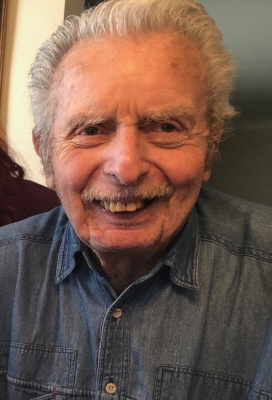 Beloved father, grandfather, uncle, and friend passed away at his home on Tuesday, March 15, 2022. He was 87 years old. Albert Stephen Simko was born on January 28, 1935, at the family farm in Spaulding Township, to the late Steve and Mary (Forro) Simko and remained a lifelong resident. He honorably served his country from 1958 to 1960 in the United States Army stationed in Regensburg, Germany, as a tank driver with the 11th Armored Calvary Regiment earning the rank of an SP4. Al married the love of his life Helga Dorathea Boehm on July 14, 1962, at St. Anthony of Padua Catholic Church; she preceded him in death July 18, 2010. As a young man, Al drove bulldozer and helped clear out the land now known as the "Prairie Farm". He then worked briefly in the construction industry. In 1965, Al began working at Saginaw Steering Gear, Plant 2, as a job setter, retiring in 1996 after 31 years of loyal and dedicated service. He enjoyed restoring antiques and attending classic car show events. He held a special place in his heart for animals, especially dogs, and also enjoyed feeding the squirrels, hummingbirds, and orioles. Al also liked being outdoors, tending to his vegetable garden, working on genealogy, and being in the company of his beloved friends at their breakfast gatherings. Above all, Al loved and cherished his family especially attending or listening about all his children and grandchildren's special events. He left his indelible mark on this world through his hard work and his devotion to family, and all he loved.

A Funeral Service will take place at 11:00 a.m. on Saturday, March 19, 2022, at W. L. Case & Company, 5700 Dixie Highway. Rev Ted McCulloch will officiate. Military Honors and burial will follow at Spaulding Township Cemetery under the auspices of the United States Army and American Legion Post #22. Friends are welcome to visit with the family at the funeral chapel on Friday from 2:00 p.m. to 8:00 p.m. and on Saturday from 10:00 a.m. until the time of the service. Please share your thoughts and memories with the family at the funeral chapel or through www.casefuneralhome.com.

To order memorial trees or send flowers to the family in memory of Albert Stephen Simko, please visit our flower store.
Send a Sympathy Card