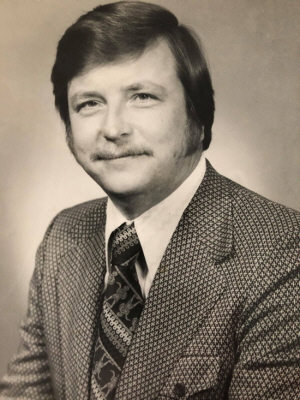 Waldis (Wally) Piziks passed away on May 27, 2021. He was born June 20, 1942 in Talsi, Latvia to Vilma and Alfreds Piziks, joining his older brothers Maris and Indulis. As Russian troops were moving in to pillage and steal the ancient Baltic nation for Stalin, Alfreds and Vilma made the heartbreaking decision to take their young family out of the country and escape to the United States of America. However, Alfreds first had to serve in the Latvian army. Forced to separate, Vilma took her three sons on the dangerous and harrowing journey through war torn Poland and Germany. By a stroke of luck, she was reunited with Alfreds in Germany, then lived in Belgium for a few more years and had two daughters, Vija and Arija. In 1953, Waldis and family sailed to the United States and made their home in Saginaw, Michigan.

Waldis quickly mastered English and began his new life as an American. After graduating from Arthur Hill High School, he joined the Army and served in West Berlin at Checkpoint Charlie as the communists built the Berlin Wall. After the Army, Waldis married his high school sweetheart, Margaret (Penny) Drake in 1964. Together, they had three children, Steven, Bethany and Paul. Waldis worked at GM's Malleable Iron, then Blue Cross of Michigan. He continued his education and earned his bachelor's degree in Psychology at Saginaw Valley State University in 1974. Wally taught himself the unique ability to analyze an individual's handwriting with extreme accuracy, as well as decipher the complex and mysterious meaning of one's dreams. After working as regional manager at Blue Cross for several years, he ventured out on his own to focus on what he felt was the most important aspect of life - enlightenment through spiritual exploration. Among his efforts was The Inner Light Movement, "An educational movement sharing tools for self-sufficient living."

For several years, his career revolved around sales until he began working at Saginaw General Hospital as a mental health counselor in 1988. Penny and Wally divorced in 1996. He later met his partner MaryEllen Nellet and they lived together for 20 years. Waldis loved to garden, read, enjoy food, wine and laugher, sail Lake Huron with his brother Indul, play blackjack and discuss the mysteries of the afterlife. Wally was an ardent believer that love is the most powerful force in the universe, and that our souls live on for eternity in the great Oneness. He is survived by his brother, Maris Piziks, sisters Vija (Piziks) Pittenger and Arija (Piziks) Rohrig, LindaLacy Piziks; his children Steven Piziks, Bethany Piziks and Paul Piziks; five grandchildren and several nieces and nephews.

A private memorial service will be held in his honor. Those wishing to express their condolences are encouraged to donate in Waldis's honor to the Latvian Lutheran Church of Saginaw or take a moment to tell a loved one just how much they mean to them.
To order memorial trees or send flowers to the family in memory of Waldis Piziks, please visit our flower store.
Send a Sympathy Card