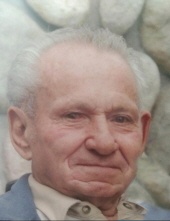 Beloved husband, father, grandfather and great grandfather passed away on Wednesday, May 27, 2020 at his home at the age of 82. Tony was born on February 4, 1938 to the late Anton and Bay Eujean (Adams) Shavrnoch in Saginaw. He attended Saginaw High School and later served in the United States Navy from 1955- 1959. On February 18, 1957 he married Shirley Ann Terrian at St. George Church in Saginaw. She preceded him in death on September 29, 2019.

Tony retired from US Graphite in 1995 where he served as a machine repair man for many years. He enjoyed gardening, fishing, canoeing, working on cars, traveling with his wife and spending quality time with his children and grandchildren.

He was predeceased by four of his siblings.

The family would like to extend a special thank you to Tony’s sister Judy Walker for her love and support to Tony and Shirley during their last few years. Honoring Tony’s wishes, cremation has taken place and no services will be held.
To order memorial trees or send flowers to the family in memory of Tony Shavrnoch, please visit our flower store.
Send a Sympathy Card