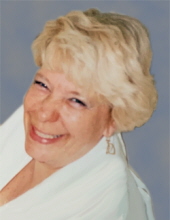 Susanne (Sue) Schmitz Morley
Roscommon, Michigan
Formerly of Saginaw, Michigan
Passed away Monday, November 22, 2021. Age 83 years.
Daughter of the late Leo and Eleanor Cogswell Schmitz was born April 23, 1938 in Saginaw, Michigan and grew up there. She graduated from Arthur Hill High School. She attended Central Michigan University. After college she lived in Miami Florida and worked for Pan Am Airlines as a flight attendant flying between Miami and Havana Cuba. Upon returning to Saginaw she met and married Peter B. Morley. They settled in Saginaw township and raised a family of five children. She was active in the Junior League of Saginaw and volunteered for many years at Saginaw General Hospital. She enjoyed playing bridge with friends in Saginaw and at their cottage at Higgins Lake. After She and Pete retired they moved to Gulf Shores Alabama where they built a home. She enjoyed making new friends, spending time by the pool and decorating their home. They moved back to Saginaw and Higgins Lake in 2014. She began to suffer from Alzheimer’s Disease for the last few years and have lived at the Brook assisted living facility in Roscommon until passing.

The family has planned a private memorial service now and will have a public celebration of life at Higgins Lake in the summer. In lieu of flowers please consider a donation in her name to the Saginaw Children’s Zoo or the Alzheimer’s Association.
To order memorial trees or send flowers to the family in memory of Susanne Elizabeth Morley, please visit our flower store.
Send a Sympathy Card