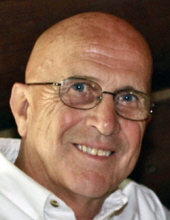 Our loving husband, father and Joepa passed away peacefully at his home on May 23, 2020, surrounded by his wife and two daughters after a courageous battle with cancer. Age 70 years.

Steve was born on May 13, 1950 in Altoona, PA to the late Lawrence and Elizabeth Kelley. He moved to Saginaw in 1969. He married his soulmate and love of his life Victoria S. (Horn) Kelley on May 10, 1975, just celebrating 45 years of marriage. She survives him. Steve graduated from Altoona Area High School in Pennsylvania in 1968. He retired from Delphi Chassis in 2001 and was a longtime parishioner of Christ the Good Shepherd Parish.

He was a member of the Bay Metro Officials Association for 38 years, serving on the board for over 20 of those years. Steve officiated countless high school football, basketball and collegiate basketball games around the state. He received the Karl D. Newingham award in 2011 and was inducted into the Basketball Coaches Association of Michigan (BCAM) Hall of Honor in 2015. During his years officiating, he made many long-lasting friendships, that meant the world to him. He had a passion for fishing and was a member of Saginaw Field and Stream Club. His favorite pastime was stream fishing with his wife in the many rivers of Michigan. Steve was an avid runner, running in many local races including Bay CIty’s St. Patrick’s Day Races and the Bobby Crim for many years. He completed the Detroit Free Press Marathon in 1989. He enjoyed golfing with his league on Wednesdays at the Sawmill Golf Club and spent many years as a Marshall on the 13th hole at The Buick Open
In his spare time, he enjoyed playing fast-pitch softball, camping, volunteering for the Special Olympics, jam sessions with Brian and Dan, hunting with his brother Pat, cruising down a two-lane highway on his Honda Shadow and cheering on the Pittsburgh Steelers and Penn State Nittany Lions. Coaching his grandson’s recreational basketball team “The Vikings” for six years was a highlight in his life. Spending time with his family was what he truly loved the most. His greatest accomplishments were his two daughters. He was most proud of his three grandchildren who he cherished and loved watching them compete in their sporting events, even when his pain was unbearable.


The family would like to express their appreciation to the staff of Henry Ford Hospital, New Hope Valley and Southern Care Hospice, especially Stacy, Adrian and Kolette for their tender and compassionate care of Steve.

Due to the worldwide COVID-19 Pandemic, a private funeral service will be held. In lieu of flowers, please consider a donation to St. Jude’s Children's Hospital or the Michigan Chapter Special Olympics. A public celebration of Steve's life will be held at a later date.

To order memorial trees or send flowers to the family in memory of Stephen Joseph Kelley, please visit our flower store.
Send a Sympathy Card