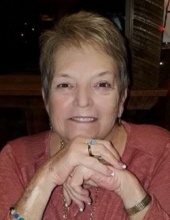 Beloved wife, mother, grandmother, great-grandmother, and sister passed away on December 31,2020, at the age of 69 years. The daughter of the late Frank Allen and Erma (Zietz) Wachowicz, was born on January 29, 1951, in Saginaw, Michigan. Sandy married Charles A. Rigda on August 27, 1966. He survives her. She enjoyed camping in the summer and spending winters in Arizona. She enjoyed bingo and playing cards as well as spending time with her grandchildren and great grandchildren.

Honoring Sandra’s wishes cremation has taken place and a celebration of life will be held this spring.
To order memorial trees or send flowers to the family in memory of Sandra Rigda, please visit our flower store.
Send a Sympathy Card