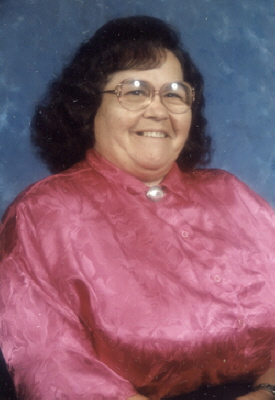 Rosella was born on August 16, 1933 in Saginaw, Michigan, to Margaret Evelyn (Welton) and Floyd Littlejohn. She married Don O. Wood on November 1, 1953. Rosella and Don lived between Michigan and California for 11 years. While in California she was a painter for Heirlooms of Tomorrow. She enjoyed painting pottery and made many beautiful things. In 1964 Deanna Fay, their only daughter, was born. From then on, they lived in Michigan. Rosella was a house wife until her daughter was in high school. She then took a job as a waitress for a few years. She worked as an office cleaner at the Amigo Company for many years; then as Marie Thiemes personal care taker and house cleaner. She worked as a house cleaner for several others during her later years. Rosella was a member of the Saginaw Valley United Pentecostal Church from the founding of the church. She was a member of the Choir and often sang solos. During her years as a house wife Rosella made and sold beautiful cakes, including birthday, graduation, and wedding cakes. She enjoyed making beautiful things. Don and Rosella were a member of the Michigan Legends, a family motorcycle group. They enjoyed the wind on their faces and visited many different states. The group consisted of most of Rosella's brothers, their wives and close friends.

A private funeral service will take place at W. L. Case and Company Funeral Chapel, 5700 Dixie Highway, Saginaw, Michigan. Rev. Kevin Leaman will officiate with burial to follow at Cook Cemetery, Burt, Michigan. A memorial service will be announced at a later date, due to the Worldwide Health Pandemic.
To order memorial trees or send flowers to the family in memory of Rosella May (Littlejohn) Wood, please visit our flower store.
Send a Sympathy Card