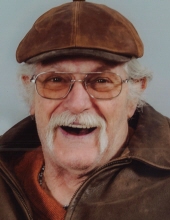 Rollie Ray Bethke, of Sandstone Township, Michigan, passed away on Tuesday, August 2, 2021, at his home, under the loving care of his family and Henry Ford Allegiance Hospice. He was born on December 2, 1948, in Midland, Michigan, the son of Doran and Geraldine Bethke.
On September 26, 1975, he married Bonnie Lenington, and she survives him. He is also survived by his children, Branden Bethke of Joplin, MO, Kendra (John, along with children, Sawyer, Easton and Brooks) Huckins of Riverdale, MI, Jared (Mindy, along with children, Ashley, Nicole, Damon and Dakota) Bethke of Albion, MI, Rikki Bethke of Parma, MI and Quinten (Samantha, along with children, Tanner, Shelby and Gabriella) Bethke of Parma, MI. Rollie is also survived by his sister, Kathy (Greg) Rollwagon of Saginaw, MI ; his father, Doran Bethke of Saginaw, MI; his estranged son, Peter; daughter, Amy; three grandchildren, Dezirae, Olivia and Brielle; and one great-granddaughter, Jaela of Grand Rapids, MI.
He was preceded in death by his mother, Geraldine Ruth Smith, daughter-in-law, Charity Bethke of MO and nephew, William “Billy” Bock.
At his request, cremation has taken place and a memorial service to honor the life of Rollie Ray Bethke, will be held at the Hampton Funeral Home, in Jackson, on Friday, August 6, 2021, beginning at 1:00 P.M. with the Reverend Greg Salyers officiating. The family will receive friends for visitation, at the funeral home in Jackson, on Friday from 12:00 Noon until the time of the service. Friends who wish may make memorial contributions to a charity of your choice. Please visit Hampton Funeral Home to sign the guest book and/or send a condolence to the family.
To order memorial trees or send flowers to the family in memory of Rolli Ray Bethke, please visit our flower store.
Send a Sympathy Card