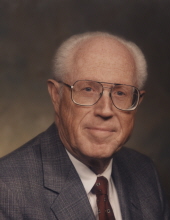 Robert C. Forbes
Saginaw, Michigan
Beloved uncle, friend, colleague, and so much more passed away on June 21, 2021. He was born July 14, 1934 in Pontiac Michigan the son of the late Samuel and Faye (Coy) Forbes. He graduated Lansing Eastern High School in 1952 and attended Adrian College from 1952-58 and was a member of the Sigma Alpha Epsilon since 1953. He served the US Marine Corp from 1956-1962. Bob retired from Cincinnati Financial in 1999 having worked 30 years. He was a faithful member of State Street Methodist Church and was a man of strong faith. Bob served as president to numerous non for-profit organizations and was long standing member of Saginaw Field and Stream. He was a long-standing contributor to Saginaw Rescue Mission having been awarded the Samaritan Award for his service. Bob was a long-standing member of the Order of the Blue Goose. He served as general manager and is a past president of the Saginaw County Club. Was a long time member of Honest John. Bob was a devoted Detroit Tiger fan.
Bob was preceded in death by his parents, wife, Louise Forbes, brother Sherman P. Forbes, niece Elizabeth Gasper. Bob is survived by his nephews, Sherman S. Forbes and William R. Forbes and niece Stacey Forbes.
Funeral Services will take place at 11:00 a.m. Monday, June 28, 2021, at the W. L. Case and Co. Funeral Chapel, 4480 Mackinaw Rd. Dr. Robert L. Emrich will officiate. Military honors will follow at Oakwood Cemetery under the auspices of the United States Marine Corps and American Legion Post #22. Friends may visit with family from 9:00 a.m. Monday until the time of the funeral service. Those planning an expression of sympathy may wish to consider the Saginaw Rescue Mission. www.casefuneralhome.com
To order memorial trees or send flowers to the family in memory of Robert C. Forbes, please visit our flower store.
Send a Sympathy Card