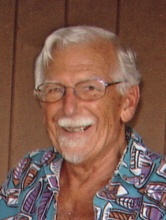 Kall, Richard Kenneth Saginaw, Michigan Went home to be with his Lord on Sunday, September 7, 2014. The son of the late Harry and Olga (Gander) Kall, Richard was born on April 10, 1929. He was an active member of Messiah Lutheran Church in Bullock Creek. He was also active in the Keryx Prison Ministry, Michigan Youth Challenge and Via de Cristo. He proudly served his country in the United States Army. He and his wife Anita owned and operated Holy Cross Christian Supply in Saginaw, which closed on October 31, 2012. He was a strong and dedicated Christian that shared his faith with everyone he met. He leaves behind his wife of 65 years Anita (Laurence), a daughter and son-in-law Shirley and Dennis Brefka, a son and daughter- in- law, Scott and Rebecca Kall. A son Steven, deceased, and daughter- in- law Wendy Wright Kall. Two brothers, William Kall of Alma, Michigan and Robert Kall of Clearwater, Florida. Seven grandchildren, Philip (Kelly) Brefka, Kimberly (Matthew) Lockhart, Kristin (Jordan) Waier, Tony and Laura Kall and Sean and Trevor Kall. Seven great- grandchildren, Jordyn & Haley Brefka, Matthew, Morgan and Riley Lockhart, Madisyn and Ashlyn Waier, and many nieces and nephews. Funeral will be held at Messiah Lutheran Church, 1550 S. Poseyville Rd, Bullock Creek at 11:00 a.m. Friday, September 12, 2014, with visitation at the church on Friday from 10:00 a.m. until the time of service. Rev. Kurt Weber will officiate with burial in Midland Cemetery. Military honors will be under the auspices of the Midland Area Veterans. Richard's family will receive friends at the W. L. Case & Company Funeral Chapel, 4480 Mackinaw Road, Saginaw, from 2:00 4:00 p.m. and 6:00 9:00 p.m. on Thursday. The family has requested memorials in lieu of flowers to Messiah Lutheran Church, Keryx Prison Ministry, or Michigan Youth Challenge Retreat. www.casefuneralhome.com