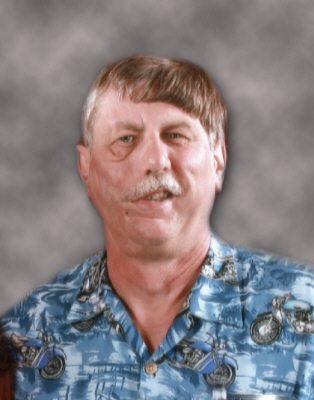 Beloved husband, father, grandfather, brother, uncle and friend passed away on Saturday, May 8, 2021 at the age of 68 years.
The son of the late Duane V. and Maxine (Kretz) Kemerer was born on July 6, 1952 in Saginaw. He graduated from Arthur Hill High School, the class of 1971. He married Vera Petrongelli on April 4, 2009; she survives him. Mike worked as a project manager for abatement and demolition services for several companies including, MIS, Bierlein, LVI-Northstar in California. He also helped with several major projects around the country which include the Pentagon, clean up after Katrinia, and several casino implosions in Las Vegas, NV, and most recently was Weadock Power Plant in Bay City. Mike was a member of the Harley Owners Group and was an avid motorcycle enthusiast. He enjoyed trips on his motorcycle across the US and going to every Harley store for a souvenir. He often participated in charity rides for Vietnam Veterans. Mike also enjoyed classic cars and owned several throughout the years. Even in retirement, he was involved with construction projects, often acting in an advisory role to numerous friends and groups. He had several friends he met every day for breakfast and lunch. Mike cherished his family, especially being able to spoil his grandchildren, often taking them for Slurpee's, McDonalds and watching them ride in small electric cars in the yard. He enjoyed staying busy and his days always started and ended with family.
Surviving besides his companion of 18 years, Vera, are his children: Lisa Marie Kemerer, Matthew Michael (Erica) Kemerer, Sean (Katie) Mahoney, grandchildren Evan Redburn, Johnnie Vegas Kemerer-Olvera, Jordan Dean Kemerer and another one on the way, his siblings: Duane V. (Patti Witzke) Kemerer, Jr., and David A. Kemerer, his step-sister Diane Keenan his nephews: Josh (Lauren) Kemerer, and Justin (Sarah) Kemerer and many other relatives and friends.
An outdoor memorial service will take place at 7:00 p.m. Thursday, May 13, 2021 at the W. L. Case and Company Funeral Chapel, 201 N. Miller Rd. Friends may visit with the family on Thursday at the funeral chapel from 2:00 p.m. until the time of the service. In lieu of flowers, those planning an expression of sympathy may wish to consider American Cancer Society because Mike was a five year cancer survivor.
In accordance with the Michigan Department of Health and Human Services ordinance, indoor capacity is limited to 25 persons, outdoor capacity is greater, face coverings are required, and social distancing encouraged. We appreciate everyone's efforts to reduce the spread of covid-19 in our community.


To order memorial trees or send flowers to the family in memory of Michael Duane Kemerer, please visit our flower store.
Send a Sympathy Card