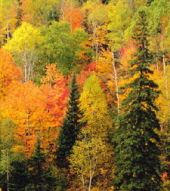 Marjorie A. Graff Saginaw, Michigan Beloved mother, grandmother and great-grandmother passed away on Friday, November 22, 2019 at her home, with her family at her side. Age 89 years. The daughter of the late William and Matilda (Clayton) Meyer was born on August 2, 1930 in Shawano, Wisconsin. She graduated from Shawano High School. Marjorie married Clifford Graff on November 4, 1949 in Green Bay, Wisconsin; he preceded her in death in 2006. She worked many years as a Department Manager at Jacobsons. Marjorie enjoyed golfing and watching football, especially when the Green Bay Packers were playing. Above all, Marjorie loved the time spent with her family. Surviving are her two sons; John Graff and Mike Graff of Saginaw, Michigan; four grandchildren, Jennifer, Jason, Matt and Nick; and several great-grandchildren. Also surviving are many nieces, nephews and extended family. Besides her husband and her parents, Marjorie is preceded in death by two sons, Gary Graff, Paul Graff; two brothers, Butch, Les; five sisters, Dottie, Louise, Aggie, Maggie and Deloris. Honoring Marjories wishes, cremation has taken place. Cremation services are entrusted with the W. L. Case and Company Funeral Chapel.