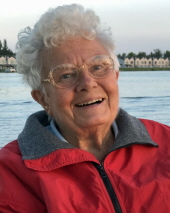 Beloved mother and grandmother passed unexpected on Thursday, January 3, 2019 at Wellspring Lutheran Services in Saginaw. She was 88 years old. Marian Louise Claeys was born in Shelby, Michigan on March 18, 1930 to the late Clyde E. and Louise M. (Kunst) Claeys. She was a proud graduate of Shelby High School and the University of Michigan. Marian received her Bachelors Degree in Education with a major in mathematics and minors in political science and psychology. She met her husband, Robert David Beattie, at the University of Michigan and they were married on June 21, 1952 in Shelby, Michigan. They were married nearly 50 years when he preceded her in death on January 20, 2002. Marian worked for the State of Michigan as a case worker for 15 years, retiring in 1995. Above all, she loved and cherished her husband, children and grandchildren. Marian will forever be remembered for her devotion to her family and the care she provided to her mother, children and grandchildren. Surviving are a daughter, Katherine B. Landes and her husband, Mark of Saginaw; a son, Charles D. Beattie of Bradenton, FL; four grandchildren, David C. Hunter and his wife Michiyo Hirai-Hunter of Tokyo, Japan, Michael D. Hunter, Ph.D. and his wife, Virginia Silvis of Atlanta, GA, and Sarah K. and Rachel A. Landes, both of Saginaw. A funeral service will take place at 2:00 p.m. on Sunday, January 6, 2018 at the W. L. Case and Company, 201 N. Miller Rd. Rev. Robert Richards will officiate. Honoring Marians wishes cremation will follow the service. Friends are welcome to visit with the family on Sunday at the funeral chapel from 1:00 p.m. until the time of the service at 2:00 p.m.