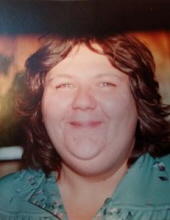 The greatest mother any daughter could ever ask for passed away on Sunday, May 31, 2020 at her home; at the age of 65 years. The daughter of the late James Henry and Rose Annette (Suess) Giltrop, Loretta was born on July 19, 1954 in Saginaw, Michigan. She graduated from Bridgeport High School, with the class of 1972. Loretta asked John William Simpson to marry her; they were united in August of 1982 in Saginaw, Michigan. After sharing ten wonderful years together, John preceded Loretta in death on September 22, 1992. She was a hard worker. After many years of service at Zehnder’s Splash Village, Loretta retired at the age of 62 years. She was one tough lady from all the obstacles life threw her way. She loved her scratch-offs and going on casino trips with her daughter. Loretta’s family would say she had the best giggle in the world; an unconditional love, especially for animals. Above all, Loretta cherished the time spent with her family.

Surviving are her daughter: Jennifer Simpson (Michael Ninke); one brother and two sisters: James Giltrop, Margo (David) Benkert, and Julia (Charles) Keinath. Besides her husband and her parents, Loretta was preceded in death by her cat companion: Roady.

The family would like to extend a heartfelt thank you to DaVita Dialysis Center of Bridgeport and Saginaw for their compassionate care of Loretta.