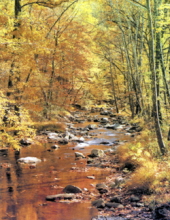 Beloved brother, uncle and friend passed away on Tuesday, December 1, 2020 at the age of 65 years.
The son of the late Everett F. and Sarah L (Ryan) Kennedy was born on September 7, 1955 in Merrill. He graduated from Breckenridge High School. He retired from Wright Kay Technology Inc. where he worked as a draftsman for many years.
He leaves behind his siblings: Frances Ann Kuelske, Patrick (Darleen) Kennedy, Jim (Jean) Kennedy, Don (Angie) Kennedy, Irene Kennedy, Karen Clayton, Elaine (Larry) Kennedy, Joe (Lisa) Kennedy, his sister-in-law Jean Kennedy, and many nieces, nephews, relatives and friends. He also leaves behind a special young man, Albert Stamann, whom Leo thought of as a son. Leo was predeceased by his father, Everett in 1987, mother Sarah in 2002, his brother Raymond M. Kennedy in 1971, his brother-in-law John Kuelske in 2014 and his nephew Eric Kuelske in 2016.
Due to the current worldwide pandemic, a celebration of Leo’s life will be held later next year. Those planning an expression of sympathy may wish to consider a charity of your choice.
To order memorial trees or send flowers to the family in memory of Leo Daniel Kennedy, please visit our flower store.
Send a Sympathy Card