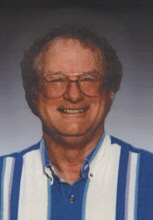 Walter Lawrence "Larry" Brumwell, age 83, passed away at his home, August 23, 2018. He was born October 18, 1934 in Detroit, Michigan to Walter D. and Dorothy (DeMerse) Brumwell. Larry grew up in Sault Ste. Marie, Michigan and graduated from the Sault High School in 1952. He attended Lake Superior State University when it was known as Michigan College of Mining and Technology, Sault Branch. He married Jill Lowe in 1957 on Drummond Island; two years were spent in the United States Army, most served in Germany. His career was in law enforcement, beginning with years on the Sault Police Department. With a wife and young family he attended Michigan State University, graduating cum laude in 1969. After M.S.U. he became an investigator with Naval Intelligence living in Kansas City, Mo. A job change took the family to Chicago, 111. with the U.S. Postal Inspection Service; enforcing postal statutes and representing them in federal court. Wanting to return to Michigan he transferred to Saginaw in 1975. Now able to have a great lakes boat, a 37' sailboat was purchased and named INTRINSIC. They joined Saginaw Bay Yacht Club in 1976 and were members for over 25 years. Getting a dock there for INTRINSIC began many happy memories and friends were made. Cruises to the North Channel and time spent docked at the Yacht Haven on Drummond Island became a yearly tradition. Larry was able to retire at 52 years of age and enjoyed a lifelong passion for fishing and hunting, anything outdoors, including cross country skiing all over the state and Canada, even driving a dog team in Canada's Halliburton, Highlands. He loved Drummond Island, and the year he retired bought property on Third Bay of Whitney Bay. A place was built and used year-round; a mooring was out in front for the sailboat. Becoming a world-wide traveler he enjoyed exploring exotic places like Egypt, Ireland, Peru and the Galapagos Islands with his lifelong partner, Jill. He was very patriotic, honest, kind, very dependable and devoted to his family. He was a wonderful son, brother, husband, father, grandfather, uncle, brother-in-law, and friend. Most importantly, he was the most caring and loving husband, father and grandfather anyone could hope for. Larry was preceded in death by his parents, and is survived by his wife Jill, and children, Robin Ann Brumwell of Spring Lake, MI, and Lawrence Scott Brumwell of Grandville, MI; grandchildren, Lauren Gatti, Nicholas Gatti and Shane Brumwell; Great-grandchildren, Kimber Gatti and Bentley Brumwell; sister Shirley, and brother-in-law Dan Ocharzak of Kentwood, MI. Join the family for A "Celebration of Life" on Saturday, September, 15 at the Wayfarers Mart, Drummond Island, from 12:00 noon until 3 P.M.